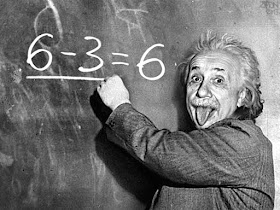 Einstein giving zero fucks.
When you are travelling, having knowledge of your destination will empower you to take precautions which will enable you to travel safely. You cannot assume that your destination is even broadly similar to your homeland. Individual rights, laws and law enforcement procedures are very different even in western nations. For example, in Canada it is routine for Police Officers to restrain any individual present at an incident with handcuffs. In the United States Police Officers may seize assets, such as motor vehicles and cash, if an Officer believes they may be linked to criminality. Also, in many other nations Police Officers are routinely armed and will approach individuals with drawn weapons as a matter of procedure. In Thailand possession of even small amounts of drugs, which would not even lead to a caution in the United Kingdom, can lead to lengthy incarceration. 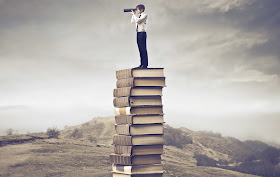 Good advice… Read.
What is common is that ignorance of local laws is no excuse. It is beholden on the traveller to be aware of laws in their destination country. What should you do?
The answer is simple. Do your homework! Most western governments offer travel advice for free via their websites. The three best are the British Foreign and Commonwealth Office, the Australian Department of Foreign Affairs and Trade and the United States Department of State Bureau of Consular Affairs. 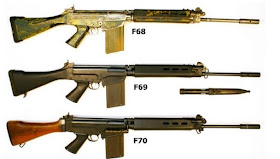 Here are some FALs, just because.
Clearly these organisations will be offering very broad-brush advice. Most travellers on short trips will find the advice given in these websites as adequate. Especially if the intended travel is to be confined to major cities or large resorts. They do however have their flaws. For example, in China it is not unusual for laptops to be taken away at airports and to have spyware placed on them. This is not mentioned in any of the sources previously stated. Clearly this would require a business traveller to take a stand alone device, with a minimum of data on it which is not to be connected to a corporate network. It is also worth noting that they will include everything, regardless of its true significance to the individual traveller based on their specific itinerary.
For any more significant duration trips it is worth delving deeper into the country you are visiting. This can be more daunting. Media outlets are a good place to start. Reading through events over the past few months can identify issues which may affect you. Look out for high profile court cases which have attracted demonstrations. Elections can also be somewhat more “rough and tumble” affairs in some countries, with supporters of various political groups having confrontations with each other or the Police. Beware of media bias however. Al Jazeera will have a very different slant on events than the BBC. Misreporting is also common. For example, during the Arab Spring a colleague of mine was in Cairo, staying in a hotel on Tahir square. I saw a report of an ongoing riot in Tahir Square on the BBC and called him to check he was safe. He was indeed safe and was in fact having breakfast on a balcony overlooking a totally deserted Tahir Square! 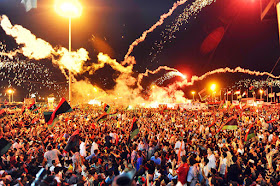 Do not confine yourself to legal and political investigations however. Climate and geography can also have a great influence. At the simplest it will determine your wardrobe. However, it can also determine your requirements for water intake; your activity levels; your requirement for sunscreen and so forth. When investigating climate, you will need to be aware of seasonal variations such as monsoon (floods and landslides); average temperatures; altitude and geological stability (earthquakes and volcanic eruptions).
You should further investigate levels of healthcare provision and whether there are any reciprocal arrangements with your home nation. For example, a friend of mine was taken ill on a trip to the United States. As his travel insurance did not cover him for hospitalisation he spent 3 weeks in a bed in an Accident and Emergency Department, was presented with a bill for several thousand pounds and had to pay for a new flight home. In some parts of the world it is advisable to travel with your own sterile needles due to the prevalence of re-use of medical sharps. The United Kingdom National Health Service Website is a good source of information for medical risks but can be short on practical actions to take to reduce your risk. Avoid travelogues and blogs as sources of information as their knowledge is often only Wikipedia deep.

Wikipedia is a great tool, but sometimes it’s wrong.
The best means of getting this detailed information is to purchase a threat report from a company which employs professional analysts. Corporately this makes good sense as it creates a clear audit trail demonstrating a commitment to reducing travel risk to employees. As an individual traveller navigating many different information sources can be somewhat daunting. Additionally, individuals often lack the knowledge to assess what is a true threat. A few pounds spent here can prevent greater loss or injury at a later date.
This Kit Pest Review article was written by Ben OToole. Hopefully you enjoyed it and if you have any thoughts or comments related to this article then leave a comment!
If you’d like to visit Cooper’s Kit Corner, you can find it here.
If you’d like to visit Gen Kit Exchange, you can find it here.