I had been living and operating in Nad-e-Ali for a few weeks by now and although we may have been familiar with the Afghanistan terrain, we were certainly still unfamiliar with the Taliban activities in the local area. Having said this, we also knew it would only be a matter of time before we would bump into them.

It may sound bizarre to most civilians, but I would certainly say that every infantry soldier is usually extremely enthusiastic for their first taste of real combat. It had been four years now since completing basic training, and I was still long awaiting my first real experience of warfare. I had been taught well in all of my training and I knew I was perfectly capable of fulfilling my role as an infantry soldier on the frontline. Be that as it may, how could I be sure that I wouldn’t sustain battle shock or buckle, and cave in under effective enemy fire?

As an infantry soldier, you know what to expect from being in contact because you have been trained to the highest standard to deal with being in contact. Nonetheless, you can’t be sure as to how your first contact will be and how you will react to it. It could be a one-shot, shoot and scoot or a full bombardment ambush. Looking back, I guess I felt the need to prove not only to myself but to prove to others that I was capable of operating effectively when it was required. This was a matter of life or death, not only my life but the life of those men around me, and I couldn’t let myself or my men down.

The sun was setting and we hadn’t long returned from being on patrol. All I could think about was getting some scoff (food) down my neck. Some guys didn’t enjoy the rations, whereas I thought that certain meals within the ration packs were actually pretty good, and besides, add a little ketchup to most of the meals and they would certainly be at least bearable. I was only moments away from eating the first mouthful of my evening rations when suddenly a burst of gunfire came over our heads.

I’m not sure how my parents felt when receiving this letter, but for some reason, I believed it was necessary to share my first contact with them in writing.

Last night, we had our second attack on the CP (Checkpoint).
This was my first contact.

An Afghan convoy was passing by our Checkpoint, and it happened to be passing through the arcs (area of observation and firing boundaries) of our sanger (a temporary fortified position). Once again, the Afghan convoy was ambushed by the Taliban and their rounds (bullets) were whizzing right over us.

We were moments away from tucking into our evening rations when we heard the crack and thump (a sound delay between the weapon firing and the round meeting it’s target) of enemy small arms fire. I won’t mention his name as I don’t wish to drop any of my guys in the s**t, however, one of our guys ran up to the sanger wearing just his underwear, and he began to unleash hell onto the Taliban with the GPMG (General Purpose Machine Gun).

I ran up to the 50cal HMG (Heavy Machine Gun) alongside another bloke with the intentions of suppressing the Taliban. With those intentions in mind, the HMG is sited up high on top of an Ico container, with only a few sandbags as cover. We were meant to be up there locating the enemy, but instead, we were led with our faces pressed against the top of the container and 7.62mmrounds flying all over and around us. The two of us looked at each other and for some unexplainable reason, we started to laugh. I just couldn’t see them, yet we had all of this incoming fire. I wanted to get my hands on the HMG so bad so that I would be able to suppress the Taliban which would have hopefully stopped them from firing at us and the Afghan Convoy. However,  I couldn’t move because it was us who were the ones being suppressed.

Five to ten minutes later and the incoming had died down, and we could now hear the Taliban attacking the Afghan Police checkpoint which was located two hundred meters North. We got our kit on and prepared to leave the CP in order to intercept the Taliban but they must have extracted pretty fast because they were nowhere to be seen.

To that end, we’ve had no confirmed kills and fortunately we sustained no casualties. It is safe to say, however, that the Ico container with the HMG situated upon, may need a few more sandbags.

I can only imagine how my parents must have felt when reading this letter, however, I knew they were not stupid. Therefore, I could see no reason for not sharing this with them, and besides, if I was to die in Afghanistan, they may never have known what I was really getting up to.

In hindsight, I believe I was fortunate to have had my first contact while being located within a defensive position. Although the 50cal on top of the Ico container lacked fortification, the remainder of our checkpoint provided reasonably good cover from view and fire. So I believe this granted me with a slight taste of being under fire but I was still out of harm’s way. In my opinion, this was perfect for an infantry soldier’s first contact and I guess you could say that it eased me into combat.

Without a doubt, I surely felt the adrenaline for the first time. I felt that buzz that no drug on earth would ever be able to replace. Sometimes in the civilian world, even though at times we were close to death, I do in fact miss being in Afghanistan, purely for that adrenaline rush. If I could go back to that day and have an opportunity to change one thing that I did or didn’t do, I would have definitely fortified the 50cal position with more sandbags and this would have been done earlier.

Thank you for taking the time to read this blog, I hope you enjoyed it.

The Most Memorable Day 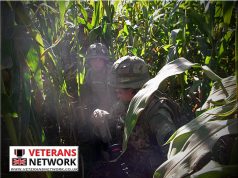 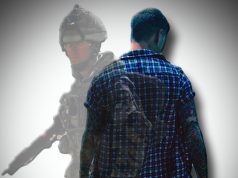 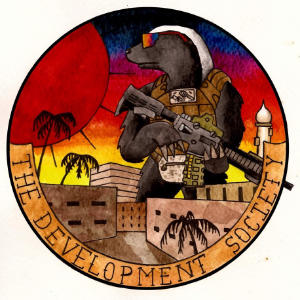 The Most Memorable Day