Over the last twenty years I’ve served in two Armies, as a PMC and in a Guerrilla group, working in jungle, urban and desert environments as well as working overseas on security tasks. I started out in the NZ Army in the mid 90’s using the issued ALICE webbing and pack. The metal clips on the webbing and the rivet in the middle of the pack frame would rub me raw on pack marches. I quickly learned how important it was to set up my equipment properly. Ever since then I have been interested in maximising effectiveness with the proper gear selection. The job is tough enough without having to fight your kit and the way individual components interact with each other. 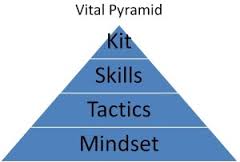 Looking at Lofty Wisemans vital pyramid we see that kit is at the top of the pyramid as it’s the least important part of the equation, while this is true you aren’t going to last long in the Arctic wearing Jungle kit. Choosing the right gear for the job can make life a lot easier. This article will look at the pros and cons of different styles of web gear and in which situations each works best. Body armour serves a different primary purpose and as most people have no say in what they are issued it is not covered here. 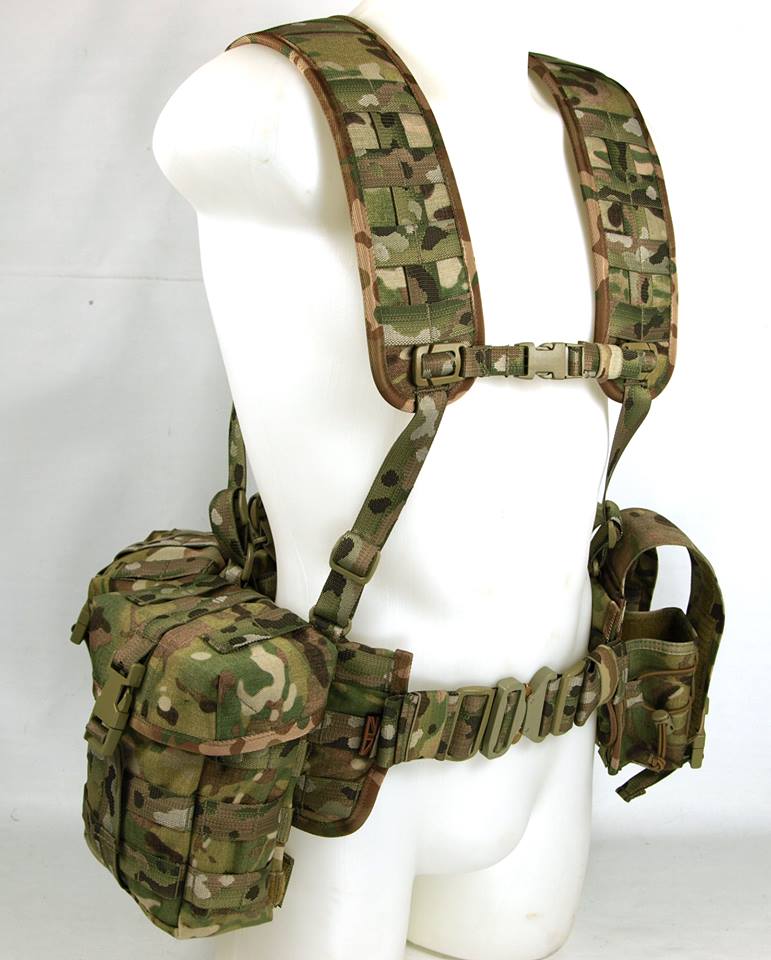 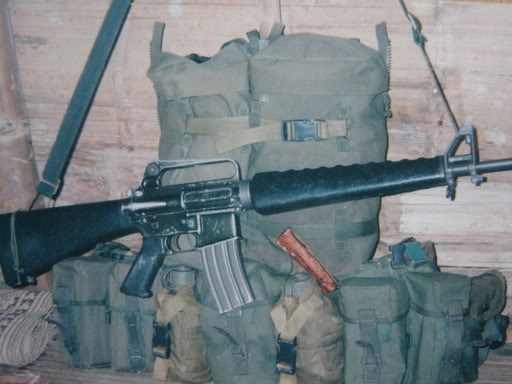 Webbing consists of pouches mounted on a belt with a yoke for support. It is the most common way to carry equipment. Ideally the weight is spread between the shoulders and the hips. Pouches should not come any further forward than the hips so they don’t get in the way in the prone position.

-Gets weight off the shoulders and onto the hips.

-Work well with pack or Bergan (rest the bottom of the pack on top of the back pouches).

-When properly set up easy to go prone.

-Easiest to reload from prone.

-Can be worn under or over armour depending on yoke system.

-Can be awkward to use in vehicles or tight spaces. 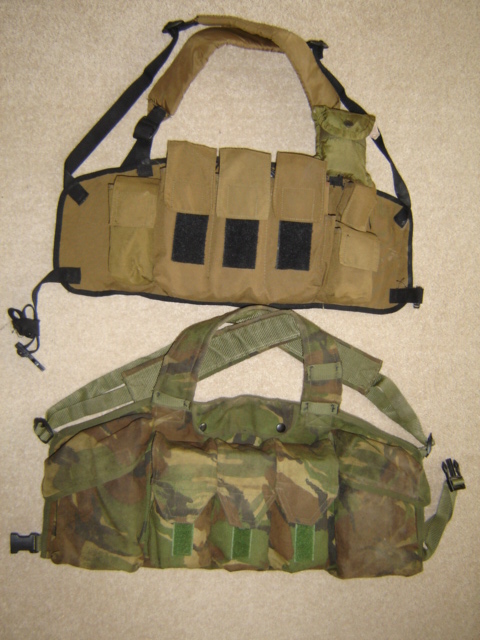 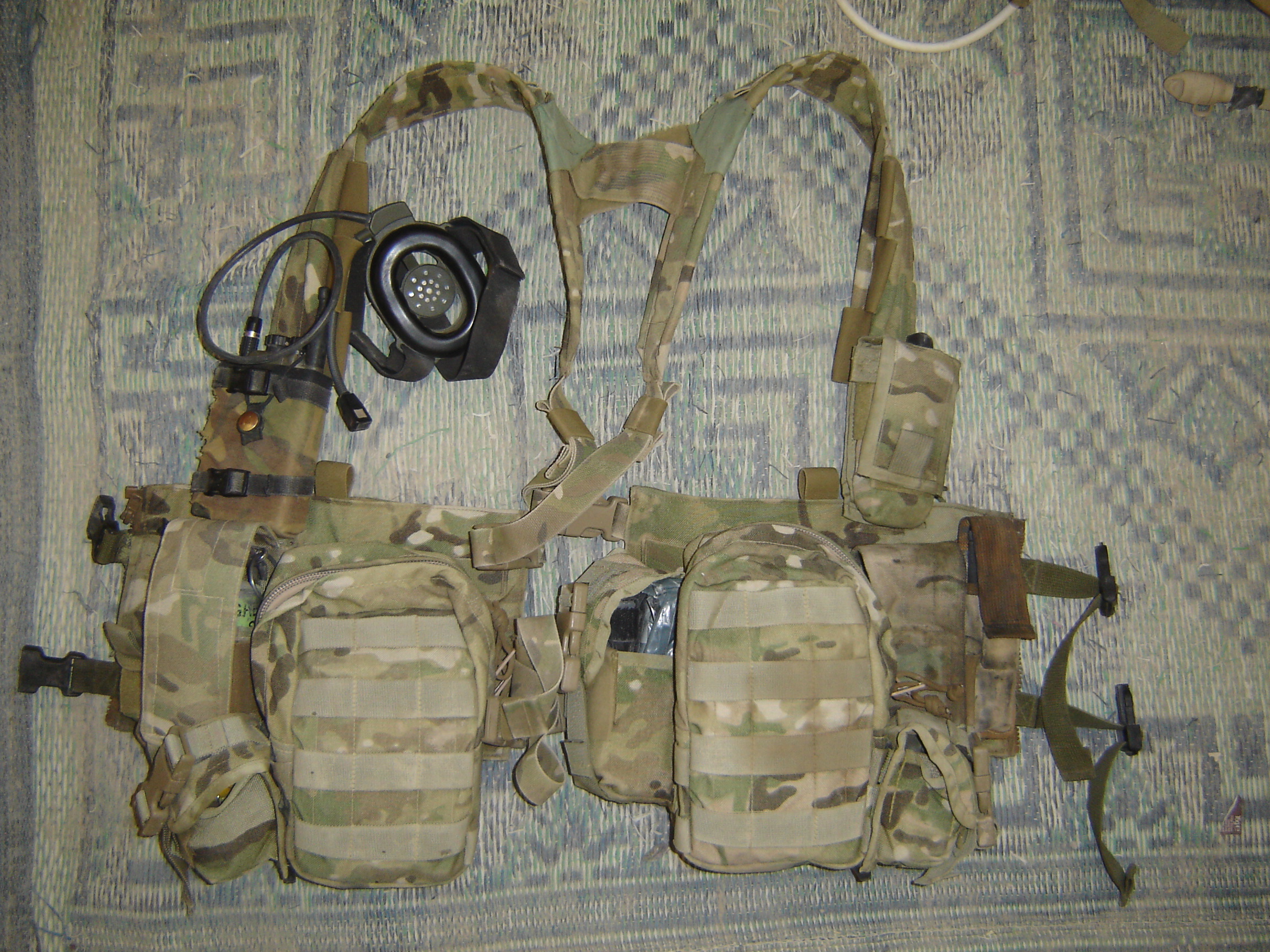 Chest rigs come in two main styles one piece and split front. The modern original is the Chicom type consisting of a basic load of magazines and grenades these were also used by the Rhodesians and South Africans who further developed the concept during their bush wars. They have evolved into more substantial rigs with larger capacity capable of carrying water bottles, magazines and radios. Split front rigs can open in the centre for easy donning/ doffing. Generally speaking they should be worn higher rather than lower but it will boil down to personal preference.

-Good for use in vehicles.

-Good for Operations in Built Up Areas (OIBUA).

-Work well with packs or Bergans especially those with hip belts.

-Can be front heavy (work best with a pack as counter balance).

-Can raise profile in prone.

-Difficult to reload from the prone position.

-Single piece chest rigs can be slow or awkward to put on. 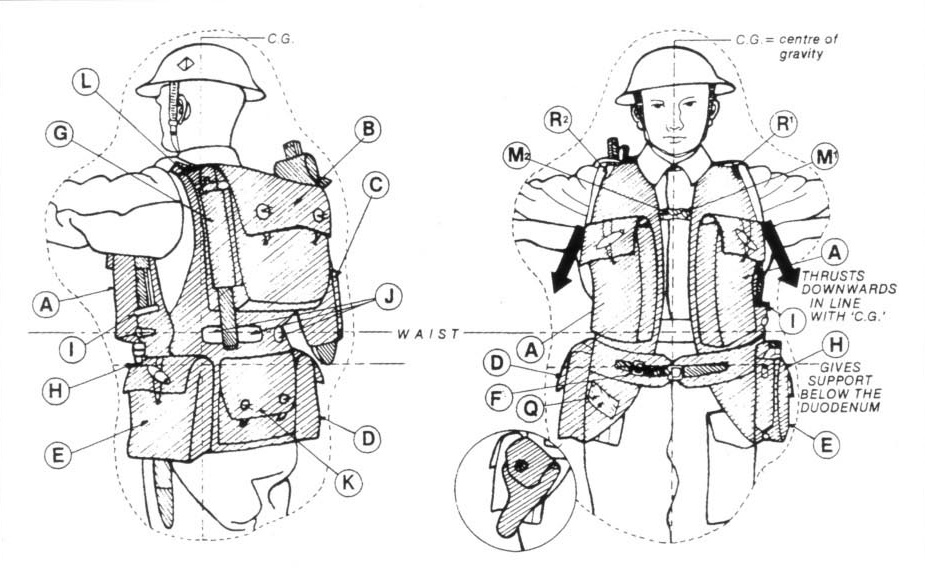 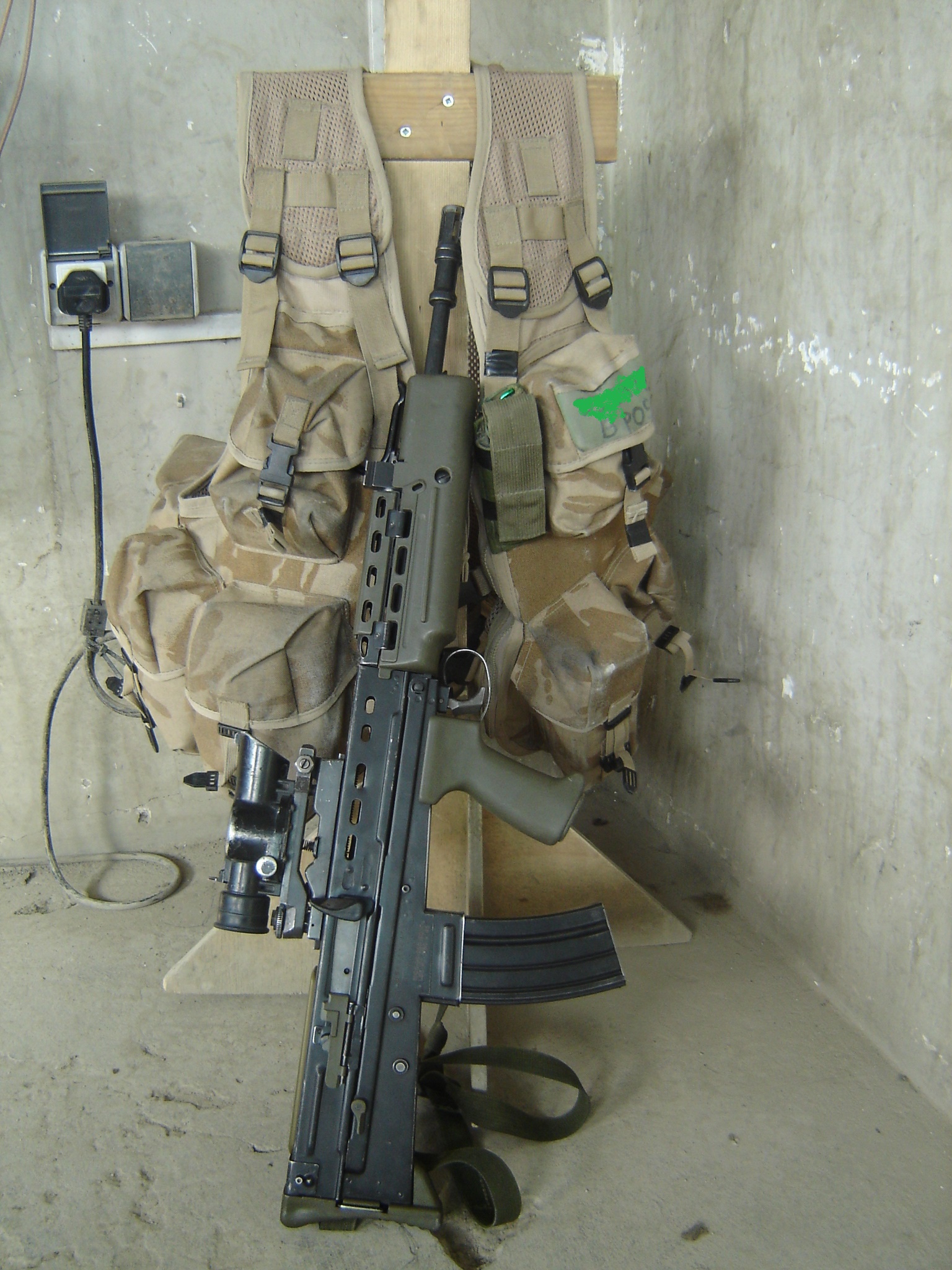 Assault vests were originally issued by the British and Americans as a webbing alternative in WW2; they were later refined by the Rhodesians and South Africans during their bush wars before becoming more common with other nations.

-Good for use in vehicles.

-Comfortable with weight, they spread the load over your body.

-Some designs can be used with belts allowing addition of more pouches with the vest acting like a webbing yoke.

-Designs with “busy” shoulders are difficult to use with packs or over armour.

-Vests with pouches on back can get in the way of packs or Bergans.

-Can result in heat build up.

The following kit works best in certain circumstances. This is just an introduction, battle belts and drop legs deserve their own articles.

Drop leg holsters and pouches were developed in the 70s when bulky armour would impede drawing from the belt line, the key is to keep the rig as high as is reasonable and don’t overload it also helps to keep the area immediately above the holster free of bulky pouches, so there’s nothing to obstruct the draw. 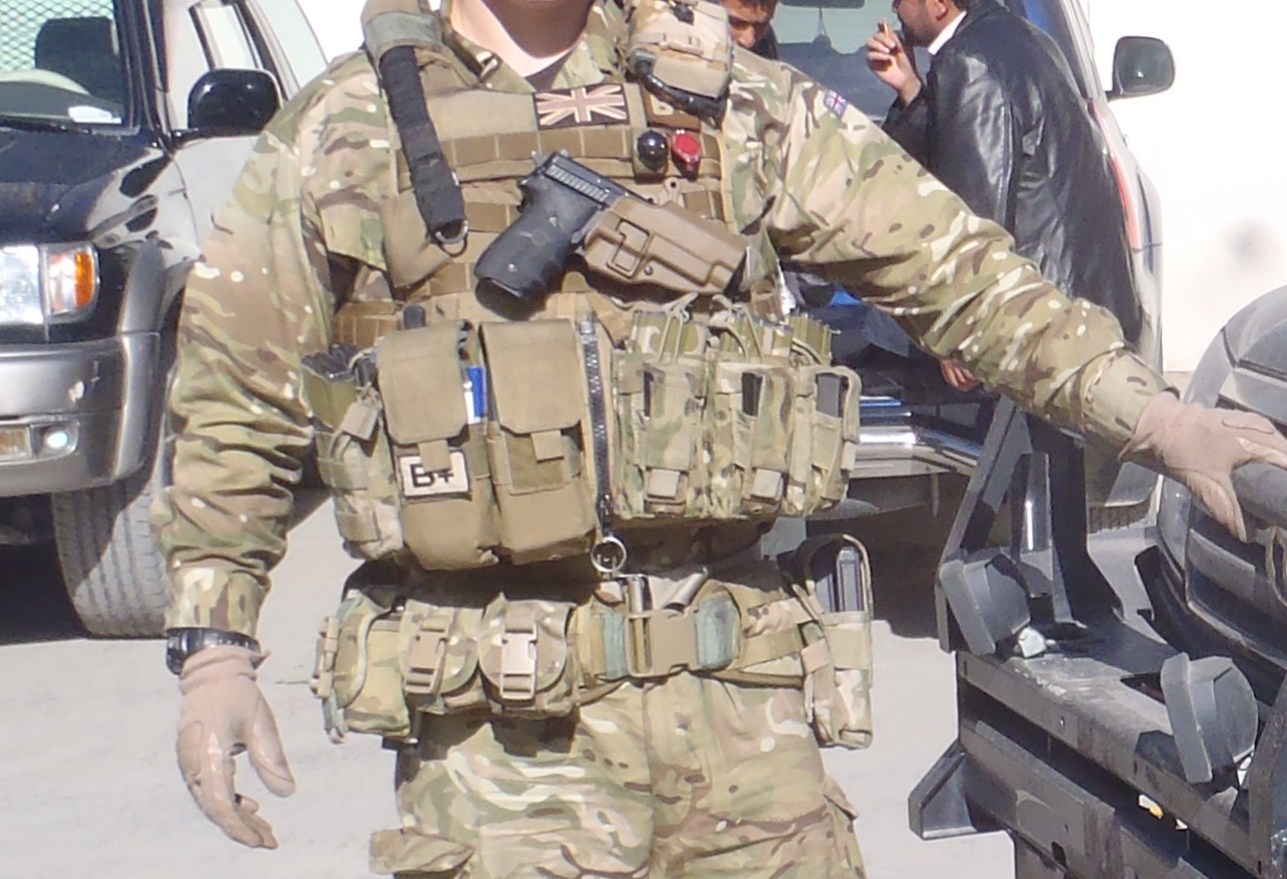 Similar to webbing, narrower simpler belt designed for a holster and a few pouches. Don’t confuse this with webbing it serves a very different job. 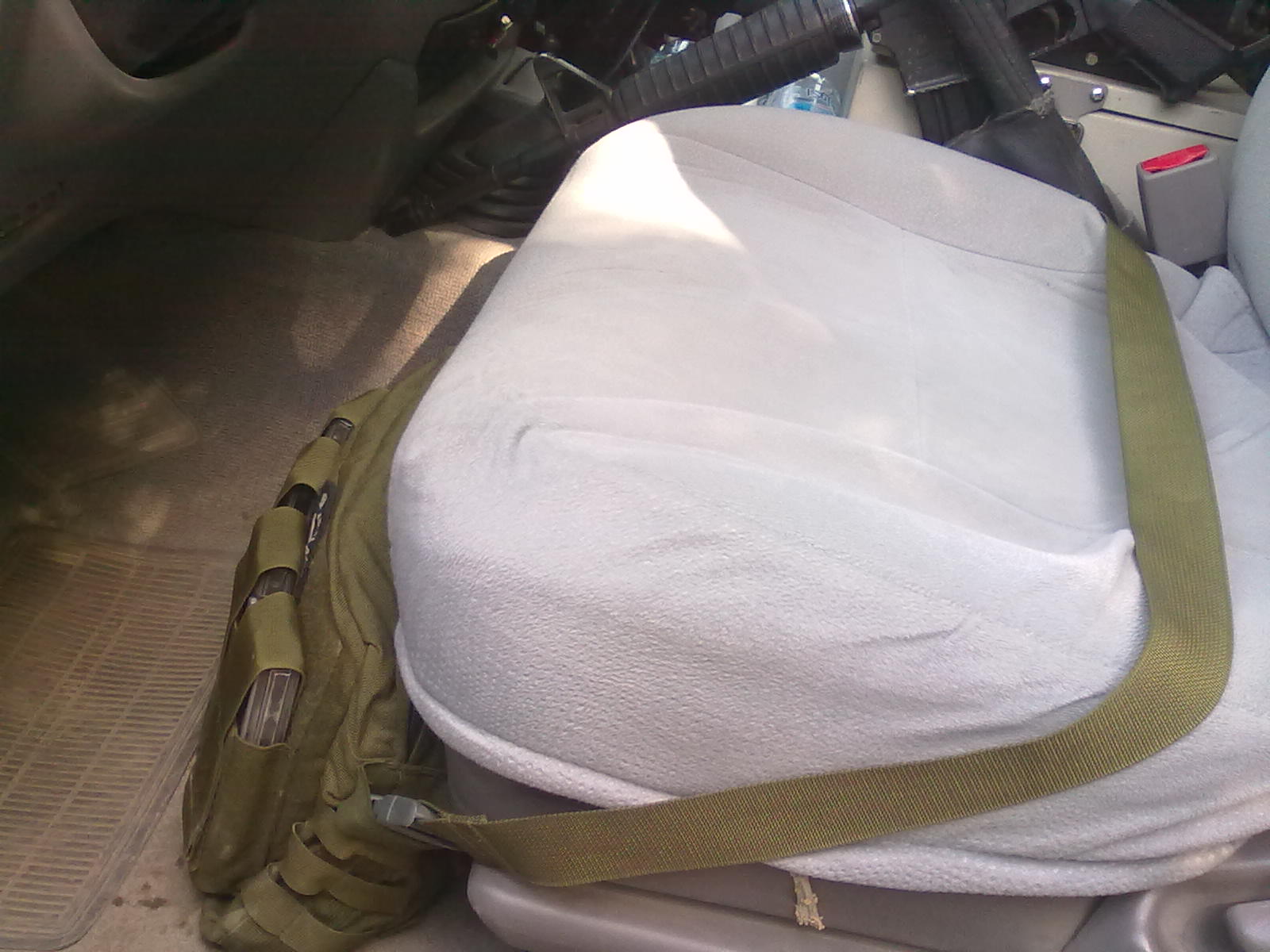 Desert- I’ve only worn Body Armour in this environment, if you’re not using BA I suggest following the same guidelines as the jungle.

OBUA- Webbing can be bulky around hips makes getting through mouse holes and windows difficult, chest rigs or vests work well especially if vehicle borne.

Temperate woodland- Depends on role, all systems work as expected but webbing is best for general infantry tasks.

Not all designs are equal, some work better than others.

Don’t be surprised when knock off gear falls apart.

Just because something works well when used in one role doesn’t mean it will work in another.

Less is more, not all pouches or PALS have to be full.

Once your kit is organised, take it up a few hills, you will quickly figure out if any adjustments need to be made.

Don’t fall into the trap of chasing the “perfect” set up. Changing your kit out every ten minutes is counter-productive and ultimately futile. Running about carrying weight sucks, the goal is to be more efficient and have it suck less. If you want to be comfortable for a living, maybe you should consider a job in an office.

Do you agree or disagree? What has your experience taught you?

Don’t be this guy.

This post was originally written by Kelvin Dixon, and was posted here – http://www.britishtactical.com/blog/pros-and-cons-of-webbing-vests-and-chest-rigs/